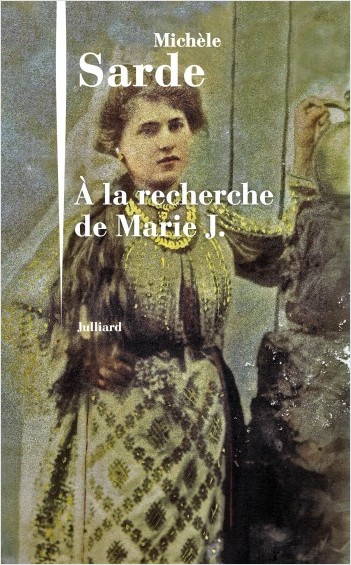 In piecing together the fate of Marie Jerusalmi, Michèle Sarde evokes two wars, the fratricidal struggles that tore apart the Balkans, and the painful diaspora of the twentieth century. She also brings to light the little-known life of the Sephardic Jews in Central Europe, their customs, and their Judeo-Spanish language. At once a family chronicle and a gripping investigation, this moving, literary narrative invokes a whole line of strong women who face up to history.

Crédit photo:
©Maxime Reychman
A writer of novels (Eurydice’s Journey Back from the Underworld, Constance in Her Fifties) and works of non-fiction ( A Look at French Women, which won the Prix de l’Académie Française and the Prix de l’Académie des Sciences Morales et Politiques) and biographies (Colette, winner of the Prix de l’Académie Française; You, Marguerite Yourcenar; Jacques, the Frenchman), Michèle Sarde is also a longtime professor of French literature and culture at the University of Georgetown in the U.S. She has devoted a large number of her books to observing and understanding women. The links between writing and life, the experience of concentration camps, as well as personal and historical memory haunt her works, many of which have been translated into several languages.