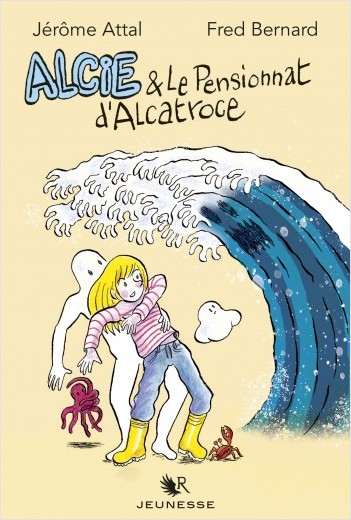 Jérôme Attal, author of several novels and songs, writes for children in a style that is equal parts Jacques Prévert, Roald Dahl, and David Walliams. His two previous projects for children were both met with critical acclaim, with The Seagull Who Meowed receiving the 2019 grand prize for audiobooks in the children’s category and The Princess Who Dreamed of Being a Little Girl chosen as a favorite of the Académie Charles-Cros.

Fred Bernard has become renowned for his multiple talents in the world of graphic novels with the Jeanne Picuigny series and has both written and illustrated several children’s books. He recently illustrated Marc Levy’s The Little Shadow Thief, also published by Robert Laffont.

The first of Alcie’s adventures was published in March 2020 with Robert Laffont.