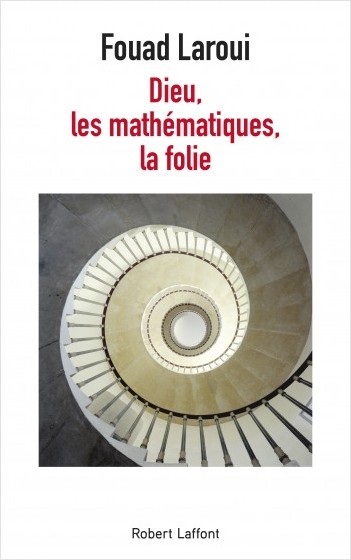 To paraphrase Diderot: Are they crazy? Are they genius?

The most revealing case is that of Georg Cantor, who created set theory, and who, to his despair, couldn’t keep himself from his obsession with the notion of infinity. He died in a psychiatric hospital for identifying the absolute infinite with God.

Mystics are what we call those who are driven mad for God and claim to want to gaze the face of God himself, if not become one with him. When mathematicians demonstrate a theorem, they have the feeling gazing upon one of the countless glimmering facets of God’s face. It is understood that madness settles in such exalted environs. But perhaps the ones who are really mad are the ones who can’t pull themselves up to such heights, those who cannot see the miracle, those who aren’t mathematicians…

Crédit photo:
©Maxime Reychman
Born in Morocco, trained as an engineer and an economist, now a literature professor at the University of Amsterdam, novelist, poet and literary critic Fouad Laroui has published several books with Juilliard, A Year with the French (2010), The Curious Case of Dassoukine’s Trousers (2012, Prix Goncourt for short stories), The Tribulations of the Last Sijilmassi (2014, Grand Prix Jean-Giono), Your Vain Fight (2016), The Rebellious Woman of the Port of Flanders (2017), and, with Robert Laffont, On Islamism: A Personal Rebuttal to Religious Totalitarianism (2006).