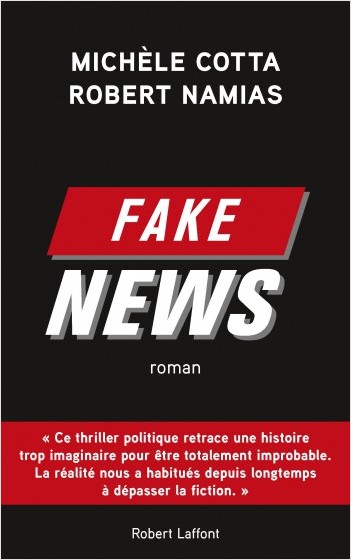 Michèle Cotta is a journalist. Former President of the Authority on Audiovisual Communication, Director of information at TF1 and General Director at France 2, she has published works including  The Secret Documents of the Fifth Republic (Fayard, 2007-2010) and The World According to Mitterand (Tallendier, 2015). She now teaches at the SciencesPo School of Journalism. At Robert Laffont she has published How Did We Get Here? (2016) and What a Story!  (2017).
After studying Philosophy at the Sorbonne, Robert Namias embarked on a career of poltical journalism in the papers, on the radio and on TV (RTL, Europe 1, TF1, I-Télé, LCI, amongst others). He is also the Co-Director of TF1, director of the poltical review ‘L’Hémicycle’, President and Chief-Editor of Nice-Matin, Vice-President of CFJ (Centre of Journalist Traning) and President of the Advisory Body for Road Safety. He is now a columnist on Europe 1. Fake News is his first book.