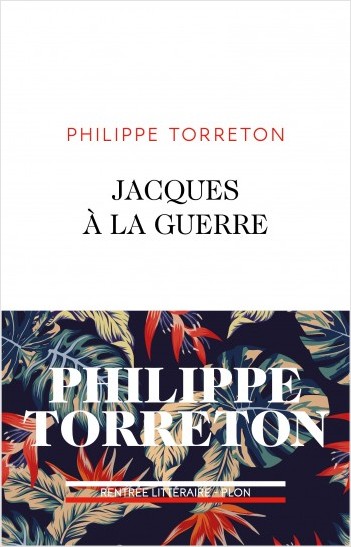 This magnificent novel «Jacques à la guerre» was inspired by the author’s father, Jacques, a silent man who he lost suddenly this winter. Philippe Torreton is excellent at filling the gaps, in total empathy with the one who has never put himself forward. His direct style is an uppercut right in the heart that hits every word  carefully chosen. A beautiful tribute to these men whose injuries were never suspected.

Crédit photo:
©© Bruno Klein
Born in 1965, Philippe Torreton is a French actor who is passionate about words – both spoken and written – whose books are very successful. He won the 1997 Best New Film Actor César for
Capitaine Conan and the 2014 Best Stage Actor Molière for Cyrano de Bergerac. His best-selling narrative, Mémé, sold 200,000 copies and was translated in Chinese, Italian and Russian languages.