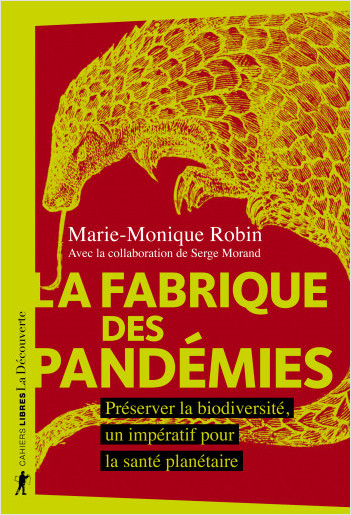 Crédit photo:
©Solène Charrasse
Marie-Monique Robin, is a journalist, filmmaker and winner of the Albert-Londres prize, (1995). She has made numerous documentaries in Latin America, Africa, Europe and Asia for which she has been awarded some thirty international prizes. She is also the author of several works including, with La Découverte, Escadrons de la mort, l’école française (Death squads, the French school system) (2004), Le Monde selon Monsanto (The World according to Monsanto (2008), Notre poison quotidien (Our daily poison) (2011), Les Moissons du futur (The harvests of the future) (2013), Sacrée Croissance ! (Sacred growth) (2015) and Le Roundup face à ses juges (Roundup before its judges) (2017).
Serge Morand, is a researcher at the CNRS (French National Centre for Scientific Research) and the CIRAD (Agricultural Research Centre for International Development). He works at the Centre d’infectiologie Christophe-Mérieux (Infectious diseases research center) in Laos. He is an evolutionist ecologist and an in the field parasitologist and has carried out numerous missions on the relations between biodiversity and transmittable diseases. He is the author of La Prochaine Peste. Une histoire globale des maladies infectieuses (The next plague. A comprehensive history of infectious diseases) (Fayard, 2016).