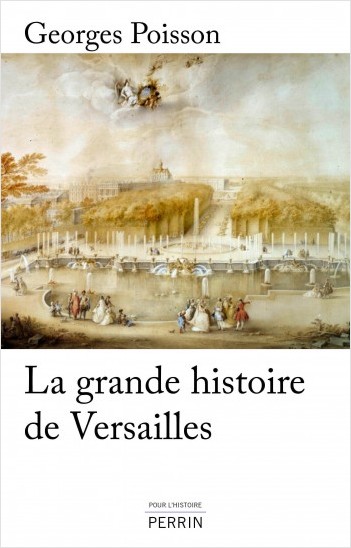 Release date : 22/11/2018
Versailles revisited from top to bottom by a specialist.
Just when President Macron has put Versailles back on the map
as an asset of his foreign policy, a leading expert on the subject
presents a comprehensive history of the legendary palace: the
people who built it and lived there, the politics behind the events that
occurred within its walls, its prestige and international influence,
its periods of neglect, decadence, restoration – everything, in
short, that gives Versailles its exceptional character.
Voir la fiche produit
EAN : 9782262064419
Shaping : BROCHE
Pages : 500
Size : 154 x 240 mm

Georges Poisson, a historian and general curator of French heritage, has produced a large
body of award-winning work, including biographies of Saint-Simon (Nouveau Monde, 2007)
and Choderlos de Laclos (Grasset & Fasquelle, 1986). With Perrin, he has written La Grande Histoire du Louvre ("The Great History of the Louvre", 2013).