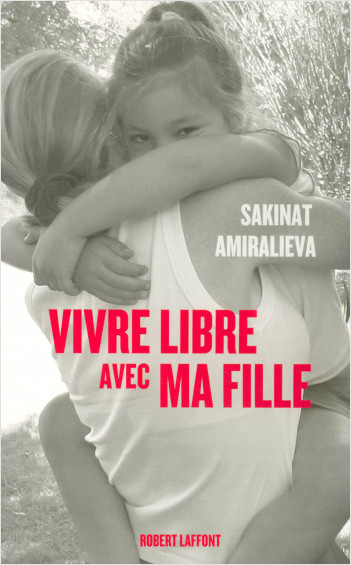 " The only think I want is for my daughter to be safe, the she be able to live a normal life in a free society and choose her own future."

Sakinat Amiralieva's story is an incredibly moving one about her and...

" The only think I want is for my daughter to be safe, the she be able to live a normal life in a free society and choose her own future."

Sakinat Amiralieva's story is an incredibly moving one about her and her daughter Patimat's journey towards freedom.

Born and raised in Daguestan, a remote part of the Soviet Union, Sakinat set-out early to break with the traditions, first from the Communist system and later with the new power of the Muslim community: no education, no equal rights for women, arranged marriage etc. When her boyfriend dies, her amibitions grow and she eventually becomes a university professor. She refuses all proposals for any arranged marriages, however at the age of 38, she decides that she absolutely wants to have a child. With her brother's help, she finds the man willing to be a father without being a husband, and so Sakinat is able to give birth to Patimat.

Being a single mother is an unforgiveable crime in a city where the conservative religious leaders took power. She was fired from her university for immorality, banished from her family and received several death threats. She had no choice but to flee with her 17 month old baby Patimat in her arms.

As refugees in Germany, mother and daughter travelled from one camp to the next for five years, living in fear and solitude. After her request for political asylum was refused, Sakinat took Patimat, now 6, to France, the land of equality and freedom. She chooses Brest as their destination because it is the farthest place on the continent from Daugestan. However, new immigration laws enacted by the Secretary of the Interior catch up with them, and once again, they are threatened with deportation. When the members of their community learn of Sakinat and Patimat's constant struggle, they take up their cause and make waves in the media. In an amazing show of solidarity, they even went as far as to hide Patimat from the authorities preventing Sakinat's deportation; a mother can’t be deported without her child. What’s spectacular about the community’s display is that most of these people are members of the same conservative political party that passed the new immigration law. However, for them, this isn’t about politics, this is about the simple need for a mother to live with her daughter free fom persecution.

Sakinat Amiralieva is 44 years old. She was a Russian professor in her native country.