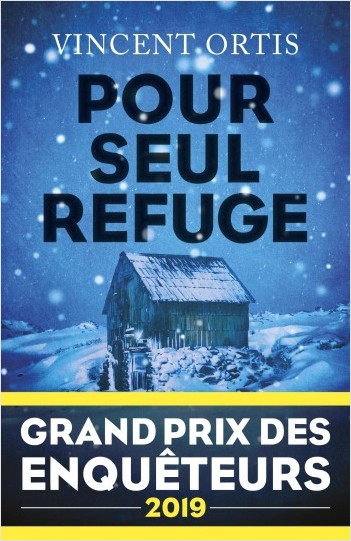 A prestigious prize for the most popular literary genre in France. A jury of twelve professionals who each play an essential role in the prize selection. Three directors: Didier Decoin, writer, screenwriter, and member of the Académie Goncourt; Marc Dugain, novelist; and Olivier Marchal, actor, director and screenwriter. A single goal: bestowing prestige on a debut crime novel during France’s busy fall literary release season.

Crédit photo:
©Astrid di Crollalanza
Vincent Ortis’s novel Sole Refuge received the Grand Prix des Enquêteurs on September 10, 2019. It was chosen from among 150 manuscripts. The debut novelist is not a police officer or a lawyer, but rather a manager for France’s social security system, as well as a songwriter and screenwriter.