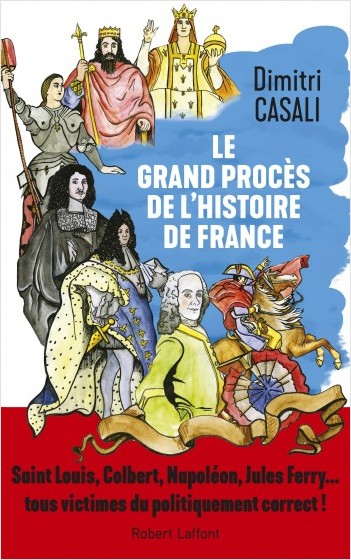 Dimitri Casali is a historian, specialist in the First French Empire, and a former history teacher in one of France's priority education zones (ZEPs). His notable works include The New Manual of History (preface by J.P. Chevènement, La Martinière, 2016), The History of France: From Gaul to Today (Armand Colin, 2014), The Alter-Manual of the History of France (Perrin, winner of the 2011 Prix de Guesclin), The Forbidden History of France (Lattès, 2012), and The Long Rise of Ignorance (First, 2017). He is also the composer of "Napoleon: The Rock Opera," a historical and educational musical.