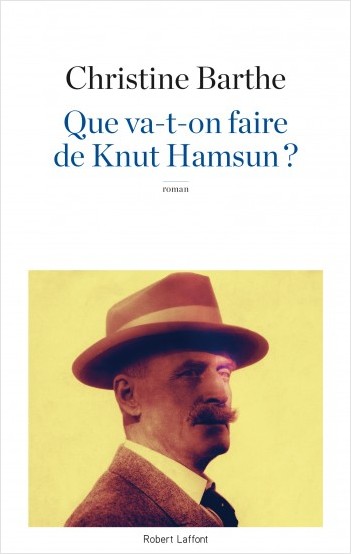 Crédit photo:
©Patrice Normand
Christine Barthe was born in 1964 in Paris. In 1994, she won a short story competition held by Radio France. In 1996, at the age of 31 and under the name of Christine Chauvard, she published her first novel, Fairy Tale (Éditions Les Chats Noirs)—the story of a young woman who was raped at the age of nine and must accept the past in order to move forward. In 2001, her second novel, Was It Bach or Beethoven (Atout Editions) was written in the form of an investigation, but rather than looking for a suspect, we gradually learn what is provoking the hero’s auditory hallucinations. After seventeen years of silence, the author is changing course with this new novel, What Are We Going to Do with Knut Hamsun? which she has chosen to pen under a new name, that of her mother.
Christine Barthe divides her time between educating her three children, writing, reading, and psychotherapy as a humanist hypnotist.